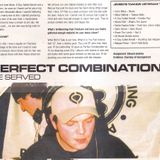 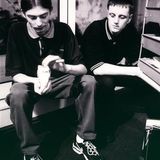 jimbo Allsop based in Manchester, Started DJ ing in 87 playing all forms of breakbeat on pirate radio station IBC radio ,went to tenerife in 91 , started releasing tracks in 94 on 'a guy called geralds' label and moved on to Moving Shadow and his own label Freeform. 47 vinyl released , couple of Albums and unfortunately tinnitus got the better of me. still love the music though.