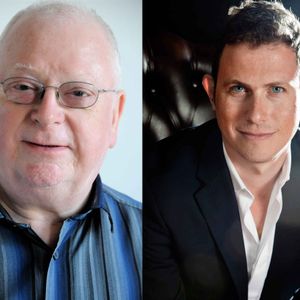 In celebration of Alyth Choral Society's 30th Anniversary, Composer in residence Julian Dawes has written a new piece for the occasion. This will be a world premiere of a new work, 'Shirat Hayam' (Song of the Sea), which is taken from verses from the Book of Exodus. The poem was sung by the Israelites after they safely crossed the Sea of Reeds (Red Sea) and concentrates on their intense feelings following their deliverance. The second part of the concert features the Six Moravian Songs by Dvorák - an arrangement by Leoš Janácek of little "nursery-rhyme" style ditties being performed in the original Czech. The performance will be led by Michael Etherton (Conductor), Sophie Lockett (leader of chamber ensemble) and soloist Gemma Rosefield (cello). We interviewed composer Julian Dawes and Conductor Michael Etherton