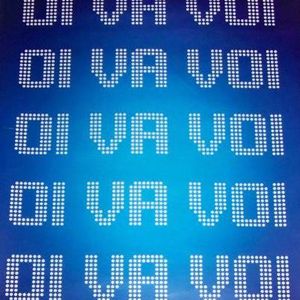 Oi Va Voi burst on to the scene soon after the turn of the millennium. A dynamic band, they redefined Jewish Musical expression for a generation looking forwards into the 21st Century that also wanted to keep hold of their roots.

Having released 3 studio albums, a live album, EP's, won numerous awards, been nominated for even more awards and played across the world they now return to London for their first show in 3 years at the Hackney Round Chapel on the 18th July 2013.

We interviewed Josh Breslaw, drummer and one of the original members, to find out more about the band, its history and its forthcoming live concert.

Great to get an update on what the band have been doing.