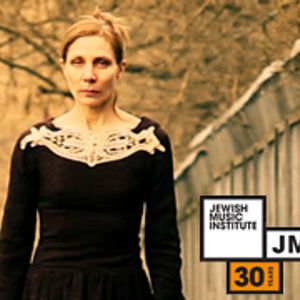 Drawing Life, a Jewish Music Institute (JMI) production composed by Jocelyn Pook, is inspired by a collection of poems and drawings made by children imprisoned in Terezin. A powerful new classical work commissioned by JMI to mark the 70th anniversary of the commencement of the camp's liquidation by the Nazis. This is a new commission by the Jewish Music Institute. Supported by Arts Council England, PRS for Music Foundation and private donors. Winner of the Performing Rights Society David Bedford Award for Musical Education. Melanie Pappenheim is a singer and performer. Her voice has inspired many leading contemporary composers including Jocelyn Pook, Gavin Bryars, Graham Fitkin and Orlando Gough and may be heard on numerous television and film soundtracks including Gangs of New York, Eyes Wide Shut and Doctor Who. She joins us in interview to tell us more about her inspirations and role in Drawing Life. http://www.jewishbookweek.com/events/drawing-life-preview-performance-discussion