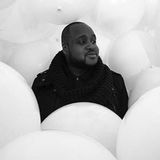 To date, he’s had the opportunity to grace the wheels of steel at clubs such as Ministry of Sound, Sankeys, Plan B, Sosho, Mint Club, Kensington Roof Gardens, Paramount Club, The Whitehouse, Cafe de Paris, and many other venues across the UK and in Ibiza. In addition, he has had a stint hosting a show on Push FM and has held down a residency in London’s West End.

Recognised by many as an all round musical selector and vibe creator, he’s warmed the decks for the likes of Danny Rampling, Nicky Holloway, Joey Negro, Norman Jay, Robert Owens, Trevor Fung, Luke Solomon and many more.

Expect to get hot, as in the words of Jerry Frempong… “If you don’t sweat, it aint a set”