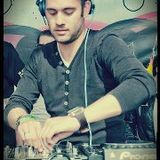 Jeremy Juno (1982, the Netherlands) started DJing when he was 14 years old.
During these years he developed a wide range of styles he likes to play.
All his influences got him into delivering Deep Soulful tunes which can easily flow into Tech House, Techno and Tribal House.
This variety can also be found in the tracks he has been releasing since mid 2008. With a global imprint Jeremy Juno has released on several labels.

For a full overview you can check his Beatport (http://www.beatport.com/artist/jeremy-juno/86884) and Traxsource page (http://www.traxsource.com/#/artist/13318/jeremy-juno).

Jeremy Juno had released on the following labels: