Mixtape >> sometimes beside, never next to 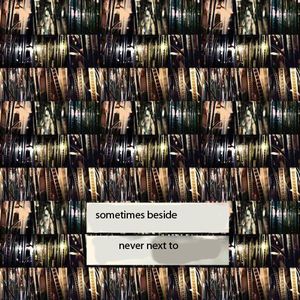 I like making mixtapes... I guess its almost the same rush as someone who plays fantasy baseball or something. I go through my collection and build a setlist.

With some help from Pitchfork, iTunes Genius and my friend James... I found a set of fuzzy electronic off-kilter beats split up by some adorable indie pop.

The set begins with an ominous song from How To Dress Well. A song that is also side 1, track 1 from their album. It rises with some mellow and enjoyable beats, then bogs down with crackling distortion of Hudson Mohawke. Maybe the most most interesting of the songs I included, if only for its spooky weirdness.

A Sunny Day In Glasgow has some of that ethereal-ness of Hudson. Then I jammed out new music from Alexander, aka Alex Ebert aka the dude from Edward Sharpe and the Magnetic Zeros.

Something delightful from Kelowna band We Are The City and its a wrap.

Thank you for listening to my set.

i love this mix. enough said.