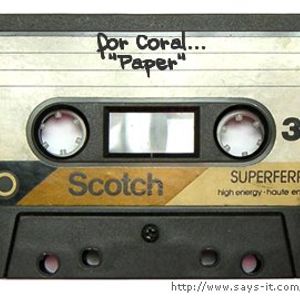 Today was me and Coral's 1st wedding anniversary. To celebrate and soundtrack part of our adventures today, I made her a mixtape. 60 minutes of mostly indie pop.

The first anniversary is traditionally the "paper" year and so paper became a good jumping off point. I also drew on the month of October, Las Vegas and rain.

Coral's fave top 40 jam is the new Bruno Mars cut, and to be truthful, it fits the mix pretty good. The song is very romantic.

A new song for Coral that she really enjoyed was the Blitzen Trapper song "Furr."

I hope you enjoy your listen and thank you for making the time to check it out.