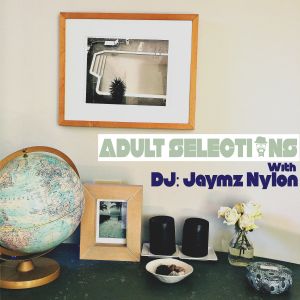 This show was 90th in the global vocal house chart.

New York native Jaymz Nylon is a name that’s been in the mix for more than a couple of years. Heralded as the godfather of Afrotech, Jaymz’ reputation as a sought-after
sound designer, producer, and remixer has continued to grow since his breakout
release, “Ofunwa ‘It All Begins Here’," thrust him into the global limelight in 1993.
Spanning the greater part of the last two decades, Jaymz has built an impressive back
catalogue of productions, not only diverse but wet with emotion. From Afro-Latin to deep house, to old school acid house, to broken beat to disco, Jaymz’ magical record bag knows no boundaries. Traveling the world over Jaymz has touched down with labels like Tribal America, Nitegrooves, Irma, and his own Nylon Recordings proving that quantity and quality can both bunk in the same house. To date Jaymz has released three full albums, over a dozen remixes, and an even longer list of singles. And, still going strong; as a member of MotionFM.