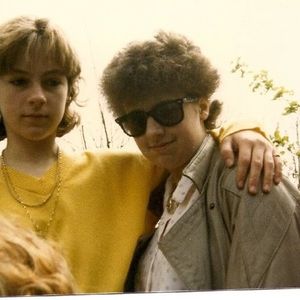 Except for the Cardrome (a fake road set up for learner drivers) Video Disc! was the only reason to visit Elm Park in 1985. I only went a couple of times, aged 13, but it's memorable as the record shop where I bought my first 12inch record - Pennye Ford's Dangerous (remix). I'd heard it played on Horizon, a pirate radio station. It had big, expensive synths, huge Pow!Pow! electronic drums, effects and layered vocals. It's the origin to which every record I've ever bought can be traced back.

From that first £3.49 (import price), every week I'd buy one 12" with my pocket money, or later, Saturday job pay, from Record Parlour in Barking. It's where I bought my first house 12", first techno 12" and my first Alexander O'Neal album.

My teen 12s were soul-based but electronically produced. They sounded very now, very big, and so dated very quickly. But I'll never not love them. I was a bit awkward and shy at 13, but I did have some ace records. Here are some of them.

haha i posted that spesh for you x