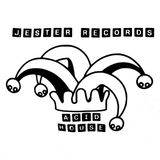 Captivated by the early Manchester scene of the late 80's and early 90's, often found on dancefloors and podiums in places like Bowlers, Wigan Pier, The Hac, The Banshee back in the day.
Took up vinyl collecting and DJ'ing with my original belt drives, before moving on up to 1210's. Now, the collection is still large, and all formats played. Preferences range from early piano classics, more early acid sounds, all the way to breakbeat, deeper house and disco. If it moves, funk it !