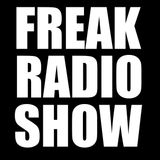 Jack Wax is an international artist whose group of record labels has been receiving strong support throughout Europe in the Techno and Acid dance music scenes. His vision for uniting strong teams of artists on releases hasn’t gone unnoticed and his own productions and DJ skills are firmly established well beyond his homeland of the Netherlands, as his records pick up attention all over the world.

Born in 1976 in Veldhoven, The Netherlands, as a child Jack Wax was always consumed with music. Tape-decks, record-players and radio’s were never safe as Jack was always tinkering, fascinated by sound… He started making music when he was 12 on old computers including the MSX & Amiga, and after that on a PC. After honing his skills as a DJ, Jack Wax entered the Dutch Techno scene in 2007. After a long period of illness (Hodgkin) in 2008 he decided to start his own record l...