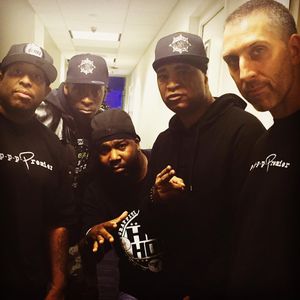 This show was 13th in the global hip hop chart.

2 years ago today I had the pleasure of hosting an "In Control Meets Outta Control" 3 hour episode on "Rap Is Outta Control". In the late 80s Marley Marl had one of the hottest shows on air with his "In Control" radio show which also featured DJs Kevy Kev, Pete Rock and Clark Kent. Part of the reason I even named my show "RIOC" was to pay tribute to Marley and his show (and show how far music has changed since then). Kev and I had been trying to plan this show for a minute, but scheduling always was an issue. Luckily we were able to pull it off this night with everyone (minus Clark Kent). I even had DJ Premier come through to help rep "RIOC" since he fills in for me a bit while I'm out of town. I played new stuff while everyone else repped joints from the heyday of "In Control". Not even going to list time stamps because you need to listen to this all the way through. The music is great, but the stories are priceless! Happy Holidays.

what a dope Show. thx E

Thx for this Big E, I know very busy time of year for all of us,
When you get a Chance holler at me.

I remember this one. Good one.

Classic show Dj Eclipse, Alot of history was in the Building. #Salute to you for this one.