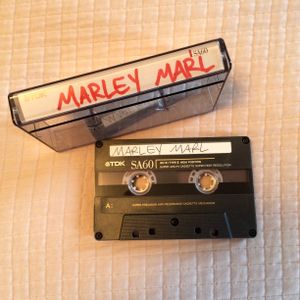 This show was 8th in the global hip hop chart.

After his "In Control" era and before "Future Flavas" hit Hot 97, Marley Marl blessed us with his "Pirate Radio" show which aired on 105.9 WNWK on Saturday nights. It was part of Hank Love and Half Pint's 2am-4am slot. Not only would we get Marley's flavor, but he would always have guest DJs as well. This episode has Real Live's K-Def on the wheels and an appearance from Pete Rock freestyling alongside Sah-B over a Pete Rock beat straight from his SP (32:19). Couple of rare joints on here too like the Rated R "What Goes Up" Black Cat produced track (5:45) and an LL joint that sounds like a Marley Marl remix that never came out (26:54). This show was also the first to premiere some of the Nas album cuts from "Illmatic" when they were fresh from the studio on cassette.

The dope old and gold 1994. Hip hop will never die! Respect for the upload

I laid waist to a few bachata tapes recording over them with these shows. I stayed home just waiting. Coming from Miami which I consider the sixth Burrough it was a special treat to capture these moments, to he right in the city while these vibes would spew like lava over the frequency modulation. Shout out to the boogie down, Burnside those on the block 180 and the third.

thanks for sharing this gold..

thanks for posting this