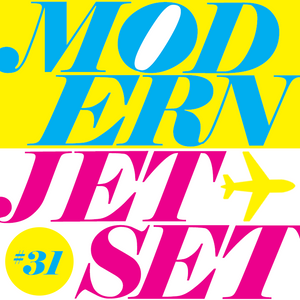 Modern Jetset gets its sonic boom on for Flight #31 ... from France to Brasil to ... El Segundo? Also Jamaica. Had to get some reggae on wax before we landed.

This edition of Modern Jetset was originally broadcast on Radio Rethink on 7 April 2021.