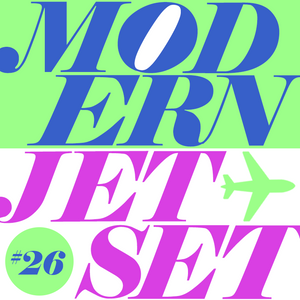 Modern Jetset accidentally swapped the plane for a time machine for episode #26 – it's OK, though, because umbrella drinks are timeless and that time machine does run pretty smooth. Vintage surf vibes (plus some new surf-y sounds), a tasty cut of Habibi Funk, German disco, and some Turkish psych-rock await your ears.

This edition of Modern Jetset was originally broadcast on Radio Rethink on 3 March 2021.