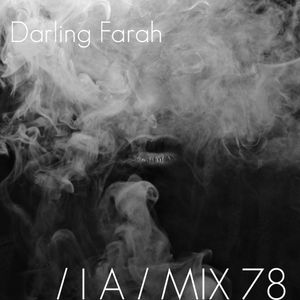 2012 has been a big year for Kamau Baaqi, the Detroit-born, UAE-bred, and now London-based producer who released an astonishing debut album as Darling Farah in July. ‘Body‘, released by Civil Music, offered a mesmerically deep and personal take on techno, house and occasionally ambient music (read the full Inverted Audio take on it here). It built on a set of tantalizing EPs released by the London label which had steadily drawn attention to Baaqi’s dark, wispy strains of electronic smoke, all winding hazily around minimal, dubbed-out elements with a maturity and panache far exceeding his 20 years.

We are delighted to present Darling Farah’s mix of deep, heavy techno from peers and pioneers, old and new, as well as an interview in which the young producer discusses influences, interests, and intentions.