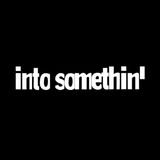 Never miss another
show from Into Somethin' Archives

Into Somethin' is the name of a Munich Clubnight found in 1991 by the three Dj's Michael Reinboth (later founder of Compost Records), Theo Thönnessen (Maiden Voyage) and Florian Keller (Party-Keller & Creative Musicians compilations), 1993 teamed up with an own Radioshow on different Munich FM Stations.