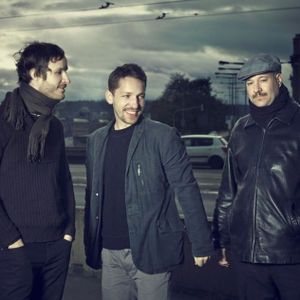 What is it like to be a full-time musician? Are there many shadows of the industry? Last but not least - does a musician need a backup plan?

🇺🇸 Brian Charette is a New York City organist/pianist who's established himself as a leading voice in modern Jazz. 🎹 His recording, Once and Future, reached #17 on the Jazz Week chart. Charette was born in Meriden, Connecticut in 1972, and was introduced to music by his mother.

🇨🇿 Libor Šmoldas (1982) is a Prague based jazz guitarist and composer. 🎸 Besides top Czech and European musicians he has worked and recorded with international stars such as George Mraz, Sam Yahel and... Brian Charette, naturally!

🇨🇿 Tomáš Hobzek (1980) began drumming sessions at Pilsen Conservatory. In 1999 he attended Prague Jazz Workshops and studied under Pavel Zbořil, Martin Šulc and Robert Balcar. Tomáš was also at the birth of “Adam’s Apple Quintet”, and started to give guest performances in Milan Svoboda’s bands.