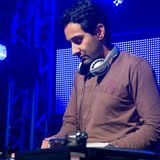 DJ MixxMaster Matt is an accomplished DJ at all levels who knows how to work a crowd. Matt started his DJ career at the age of 13 after being inspired by HipHop music and turntablists from the early 80's. After forming Intamixx Roadshow he began mixing up his unique style of music at private events for the public ranging from corporate parties to weddings and quickly earned the title of 'MixxMaster'. Many club promoters picked up on Matt's turntablist/scratching skills and from the 90's onwards he has been a regular on the global club scene where partygoers are dazzled by the funky fresh DJ sets that Matt creates from his repertoire. During this time Matt has accumilated many DJing accolades such as the UK Asian DJ Mixing Champion as well as awards within the BBC and KISS 100 for his mixing abilities.