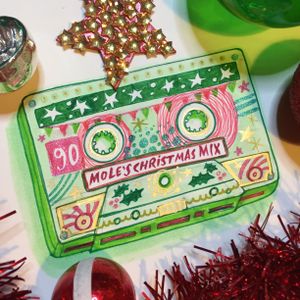 Not a mix actually, but a three and a half hour (or two-tape) Christmas sesh with a heavy emphasis on the non-traditional...though there's a bit of that in there - of course there is! I love Christmas and the cheesy old classics but electronics are closest to my cold aluminium musical heart, so you'll find many twinkles, bleeps and sparkles are made by machines in this set.

Interspersed with those are sweeping film soundtrack excerpts (from one of my favourite Christmas films ever), new re-interpretations from the canon of classic Christmas music, little narrations and realistic sounds as the C90 tape turns over and clocks off at the end.

More from Inkymole On Air