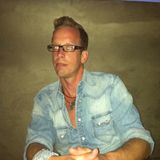 Never miss another
show from imschloss

The DJ & Producer origin are traced back to "Shortly after the Techno Revolution." Techno, a form of electronic dance music emerged in Detroit, Michigan during the mid to late 1980s. Around The explosion of interest in EDM and then during the early 1990s; Imschloss; Identified a context around the development of techno as an identifiable genre., a Detroit Record Label, Soiree Records International. Imschloss, aka: "Schloss" collected eight of Soiree Records 12" singles, 2 Technics SL-1200, Sony headphones and a DJM made by Pioneer Electronics. In the mid 90s, while in Frankfurt am Main, the stated mission to protect and build the music revolution while on his journey to visit The Dorian Gray. He approached Soiree Records of Detroit, who in the mid 90s allowed him to set up production inside Soiree Records International Studios.
The DJ & Producer grew rapidly throughout N. America with DJ and Live PAs then spreading to Europe & Asia.