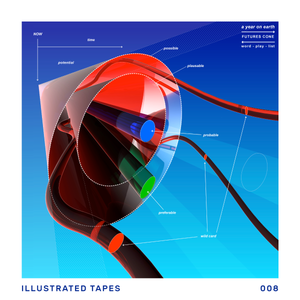 Wildcookie, Ian Dury, William Onyeabor, The Velvet Underground, The Who and more.

"It's built from the concept that each track would contain a word from the previous track. The word could be from the song title or artist name. We had no idea what the playlist would be before we started. ‘Unknowingly’ by Kim Jung Mi became the first track because we needed to start somewhere and it was a firm favourite from our 1973 show.

From there we trawled through Spotify, playing songs and building the playlist. There are tracks in there that we have played on our shows, others that we love anyway and a few we had never heard of like Timeh Yol’s ‘Son of God’; we heard that intro with the mental drum machine fills and started laughing and we know when a song does that to us, we have to use it. Wildcookie is another we hadn’t heard before. After finding that we went through their discography and there’s some good stuff to go listen to."