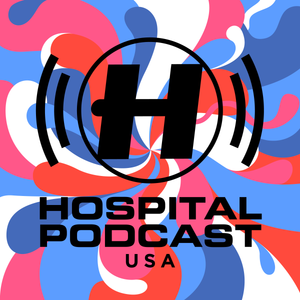 To kick start our US podcast series, we welcome legendary DJ ,Reid Speed, to showcase her favourite tracks from the world of drum & bass, as well as upfront cuts from the Hospital & Med School catalogue.

still a banging podcast... what happened to Reid Speed she was dope.

I love these idiots who complain about "talking over the tunes" and such like. Listen to the podcast, then go out and buy the fucking tracks if you like them so much.

Keep up the good work, Hospital.

And or..... she could be just representing for the Stateside... who knows? It's her show :)

as far as the shout-outs go.... if you know anything about copyright infringement, there's only a certain amount of time for unreleased and/or new tunes that are played. Thanks to a widespread grabbing up of tunes illegally. As far as her inflection, I'd say she has a higher pitched voice and would like to make sure she's enunciating correctly. If you don't believe this is common practice, listen to any of John B's podcast on Beta Records, as well as Optiv and BTK's podcast on Dutty Audio, there's a reason these things as done as such.

The mixing was on point, the artists properly intro'd and reprasented and I enjoyed the commentary. There's nothing wrong with stating your own opinion. WIll be tuning in on the regular!

please. stop talking over the mix endlessly. It's super frustrating.

Have you ever listened to hospital podcast before? It's kind of their thing.

thanks for the shout out Reid Speed! saw you at Madusa Lounge on my birthday in September last year. best surprise birthday of my life