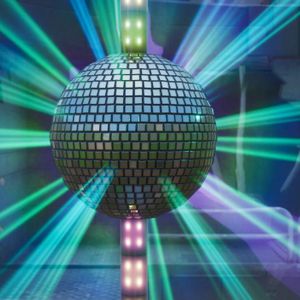 This is the third part of my BELLS FOR PEACE series, inspired by Yoko Ono's work at the opening of Manchester International Festival on July 4th 2019, where the famous shaman of peace evoked world peace by inviting participants to ring BELLS FOR PEACE, 5000 of which were specially made for the occasion. I also rang the bell that I had taken on the infamous discordian pilgrimage to Immanantise The Eschaton that took place from CERNE to CERN in April the same year, collecting eschatonic (and OTHER) energy along the way with my fellow travellers.

Consider this mix series as BELL-O-GEDDON. With bells on.

This third part is for the disco kids. World Peace under the disco ball.