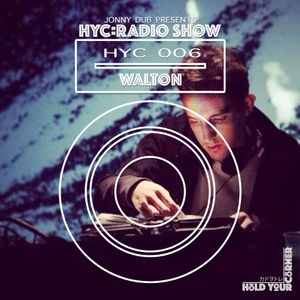 For episode 006 I welcome a guest mix from Manchester based producer & DJ Walton. Having been a fan of his music since his debut release "The Walton EP" on Hyperdub back in 2011, he has seemingly gone from strength to strength and grown considerably as an artist and producer since then.

With some of the UK undergrounds most prestigious labels, including Hyperdub, Keysound, & Tectonic supporting and releasing his music, plus a brand new release about to drop on Madam X's Kaizen imprint, you can't argue that he is backed by some pedigree labels and producers.

True to Waltons musical form his mix covers a number of styles and sounds as it explores a deeper side to Grime and UK Bass flavours, whilst blending in elements of Dub Step, and techno as well.

Leading into his mix as always is a mini mix from me Jonny Dub featuring forthcoming music from Taiko, Dimness & DJ Madd, plus a few other choice tracks to set the tone.

More from Hold Your Corner with JonnyDub