Northern soul, as played at the Swindon Bird Nest, circa 1975 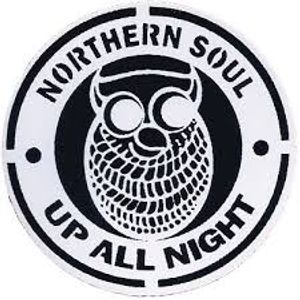 Northern soul, as played at the Swindon Bird Nest, circa 1975by Hong Kong Beat

Sometime back in 1975 I started spinning northern soul tracks on a Wednesday night at the Bird Nest club in Swindon for a bunch of lads that came in from Newbury, Oxford, Salisbury, Reading and eventually further afield as news spread, until the manager took a dislike to their style of, as he called it, "poofter dancing" because they didn't dance with girls, or in fact anybody but the music. Troglodyte, although that isn't what I called him at the time.

For a while at least, it was a little piece of the northern soul scene in the south ...

This mix set is fairly representative of the tracks I played back then, though I've added a few I didn't know at the time, like the brilliant John Leach 'put that woman down', but would have been regular floor fillers if I'd had them back then.

The quality of some tracks is not great as they are 40-50 year old vinyl!

Not particularly commenting on the Northern Soul tracks, but I tried to comment here a few months ago to elicit a response from you but I failed it seems. However as a Swindonian although long since left, I worked just up the hill from that club and indeed for the building Contractor who did that club, I even went to the opening night.. Used to go there many lunchtimes, as they had a stripper, forgotten her name, but a rather big girl a brunette. But this was a great club. had a good DJ there too - forgotten his name also. Perhaps if your memory is any better than mine, you can give me some names. The owner was I think the same guy who had the Brunel Rooms also in the centre of town ... maybe Ian something.