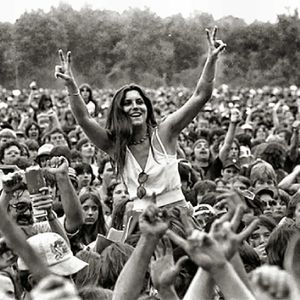 Hong Kong Beat brings you a selection from the band set lists, in appearance order, from the three days of music and a dawning of a new age that, even though it wasn't the biggest, best, or even the first music festival of its kind, it set down a marker in modern history of music and human culture.

At 14, it marked something in my life too, when on 15 August 1969 in UK, a friend of mine said he wanted to hitchhike there and I asked him how he hoped to get there in time and over the ocean. "Don't be daft" he said, or something similar, "it's at Woodstock, over near Oxford" (about 20 miles away from where we lived) - so, I learned that some people are dimmer than a burned out light bulb!

While it was all a bit mysterious to me at the time, it sent messages about music and its power to move people, something that struck a note with me as I had just had my first DJing experience a few months before, which led to my first kiss!