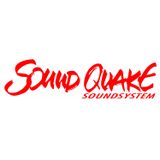 Never miss another
show from Hille_SoundQuake

Founded in 1994, Sound Quake from Detmold/Germany is a true veteran to the European Reggae Scene. Since more than 20 years Sound Quake is known for quality juggling and is traveling as an ambassador in the name of reggae. The sound played in clubs and on festivals all over Europe, the UK and Russia as well as in Jamaica. Sharing stages and rocking crowds with all the heavyweights of sound system history like: Bass Odyssey, Stone Love, David Rodigan, Renaissance Disco, Massive B, Killamanjaro, LP Int., One Love Hi Powa and many more.

Between 1997-2008 the sound was an authority and a top-notch contender on the battlegrounds of the European clash arena before the crew decided to not play clashes anymore. Sound Quake is rocking any crowd spreading Caribbean vibes galore, expect some quality juggling and musical joyride of all the latest and greatest of reggae and dancehall music!