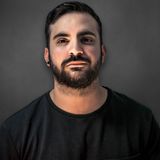 Taro in the mix

Herc Deeman is from Athens , Greece! He is a producer/dj and remixer!
While most started off as DJs and then became producers, he stumbled on his first daw after a lot of listening and he started to experiment with various beats in different genres until he ended up to the two he really loved, house and electro! He began to create music from 18 years but this is just the begin.....! He owns many original tracks and many bootlegs. As a dj he began because he felt like he had to share everything that he producing and listen to with the world!