The Life & Times of Glen Matlock 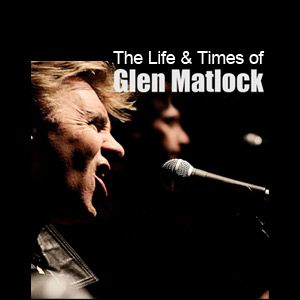 This Glen Matlock show was voted by www.Mixcloud.com as Number 8 in the 'Top 100 Online Talk Radio Shows' on the internet for 2010. Glen Matlock talked about his career in music after the Sex Pistols. His career spanned working with his next band The Rich Kids (Midge Ure, Steve New, and Rusty Egan) before touring and recording with Iggy Pop. Glen then formed the Philistines with Steve New. He has recently performed with The Silver Machine, featuring Bobbie Gillespie of Primal Scream, Little Barrie, and Oasis drummer Zak Starkey. Glen also became the bass player in the recently reformed Faces featuring Ronnie Wood, Ian McLagan, & Kenney Jones. They debuted at Goodwood with Simply Red's Mick Hucknall providing vocals on Friday 13th August 2010. The Faces toured with Glen Matlock on Bass throughout 2011.Glen's Philistines album 'Born Running' had an exclusive airing on this show on Resonance fm 104.4 London and on Henry Scott-Irvine, Producer/Presenter CLICK REPOST ICON NEXT TO HEART

Thanks for reposting this Tony. Appreciated

Musical heritage second to none - superb

Great to listen to this again!