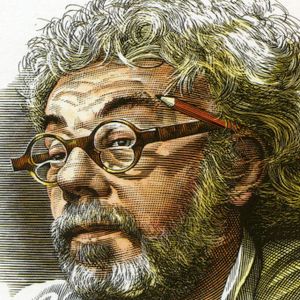 Felix Dennis is Britain's most successful independent magazine publisher. He is also a published poet who regularly tours. He began his adult life playing Blues, and was then famously one of the creative forces and leading luminaries in Oz Magazine in the late 1960's. Kevin Allen played Felix in the 1991 BBC TV drama the 'Trials Of Oz', and Chris O' Dowd portrays him in the yet to be released movie 'Hippy Hippy Shake', which was based on Richard Neville's memoirs. Felix saw Bob Dylan when he first went 'electric' with The Band at the Royal Albert Hall way back in 1966; he first met Jimi Hendrix in 1967 when Jimi was a guest of the Cream at London's Marquee club; Felix and his friend Dudley Moore were influential supporters of Ike & Tina Turner, whose 'River Deep Mountain High' is cited by Felix as his favourite single of all time. Felix recounts many more tales in this the first programme of our two part rfm special about his rich and colourful life.
http://i.mixcloud.com/CGaGd

After Captain Sensible's interview and song choices the other week, I return to Mixcloud to this - and very entertaining too ;)