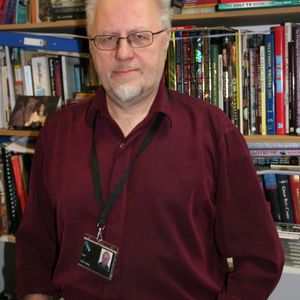 The British Film Institute's 'TV Consultant' Dick Fiddy talks about recently found classic British TV programmes that have been shown at the BFI’s Southbank Centre, London. We feature missing excerpts from Peter Cook & Dudley Moore's 'Not Only But Also' from 1965, Alan Bennett's 'On The Margin', and TV themes from Z Cars, Steptoe & Son, Dad's Army, Dr Who, Juke Box Jury, and Freewheelers (where we play the end Theme) amidst much discussion and insight from Dick Fiddy. Missing Believed Wiped will be on the big screen at the BFI Southbank in December 2012. Archival TV nights continue throughout November, too.

Also on the first minutes of interview. But fascinating stuff!

Sorry ..slight digital jitter on the Z Cars theme ..possible corruption of the file after uploading to the server