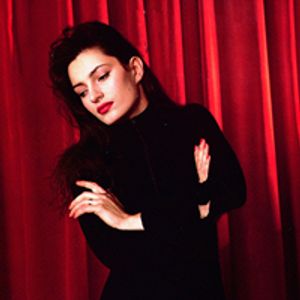 Anne Pigalle is a Parisienne chanteuse with a difference who takes her name from the district in Montmartre. She has a Punk sensibility, with roots as diverse as Edith Piaf, Mae West, and Marlene Dietrich. She moved to London in 1985 and recorded with ZTT and later went on to appear in designer label ads for Jean Paul Gaultier, and Karl Lagerfield. She worked with Donald Cammel (who co-directed Performance with Nic Roeg), and influenced the likes of Les Negress Vertes. She has just recorded L'Ame Erotique, a series of poetic vignettes, and will be performing live soon.. See local London Listings for more... or Anne's Facebook pages
CHECK OUT THIS, TOO > http://i.mixcloud.com/CUEhg