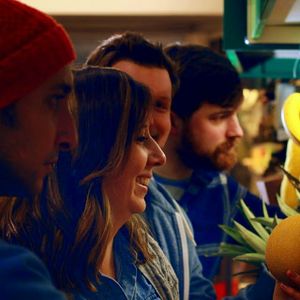 As they release their debut album 'Zoetrope', synthpop outfit Cantaloupe celebrate the records that inspired them - from hands-in-the-air disco grooves to Feist's modern retooling of Nina Simone.

It's a mix of stuff the band were collectively digging in late 2013 and early 2014 as they prepared to make the LP, alongside some older cuts that were of longstanding influence and inspiration. Just like 'Zoetrope' there's something to get your head, heart and hips going... smart, sexy and sophisticated songs for sensual people!