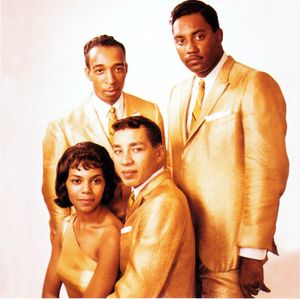 The first part in a new series telling the story of the Motown record label. Each part will focus on a particular year, featuring releases on Motown, Tamla and related record labels. We kick off with the very first releases in 1959, and find a label taking in the different sounds and styles of the day, from soul, doo-wop and r'nb to surf and rock'n roll. Check out "Ich-I-Bon #1" by Nick And The Jaguars for an instrumental built for riding the waves! Elsewhere there's the glorious "I Can't Concentrate" by Wade Jones, which came out on Rayber in January 1959 (named after Raynorma and Berry Gordy). Three tracks by a certain William Robinson (he's the Bill in Ron And Bill). Two from Barrett Strong (including the brilliant "Money (That's What I Want)", and an oddity from Paul Gayten, which was released on Anna (the label set up by Anna Gordy).

The next Great Big Kiss is on Sat May 14th at The Phoenix, 37 Cavendish Square, London. More info https://www.howdoesitfeel.co.uk/greatbigkiss.html