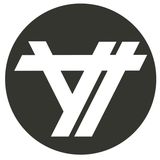 Never miss another
show from YOGV

Emerging as an active DJ around 2012, YOGV has spread his musical footprint among different countries in Southeast and East Asia.

In 2016, YOGV became a resident DJ at Tap House Bar in Yogyakarta, Indonesia. Being now based in Bali, YOGV joins Desøner Bali, one of the biggest collective groups in Canggu and run one of the finest underground gigs in Bali. He was the music curator of Thirsty Thursday at Lust and Lost Bar Canggu and SALUTE at Luigis , YOGV is also invited to play in many well-established places in Bali, such as Single Fin, Hatch, Vault, Opera, Cabina, Attika,Woo Bar, Island Beach Bar, Black Cat, Alternative Beach, etc.

Now as a recognition of his solid work, he is been invited to multiple influential events, including 480 Minutes, United in Music, Moon Dance, Dig Deeper in Yogyakarta, Convergence (Jakarta) Symmetry & Rezoner festival in Bali, tagging along with great artists from all over the world.