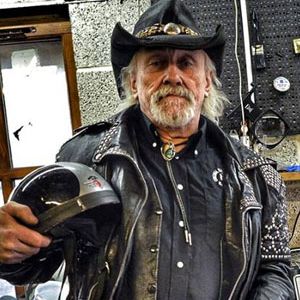 Steve "Bertie" Burton was part of the NWOBHM in the 1980s fronting a band called Starfighters.

Most recently "Bertie" has fronted blues rockers Vincent Flatts Final Drive. Reviewing their gig in June 2019 Pete Feenstra wrote: "... from Birmingham, England, who tonight sound like the best Texas boogie band you ever heard...A Flatts gig is a glorious step back in time to an era when bands had personality and the musical chops to back it up."

Their music is best described as American roots music, ranging from the New Orleans swamp of Little Feat and southern growl of Omar & The Howlers through to rockin' Hank Williams, anthemic Lynyrd Skynyrd and of course West Texas Boogie.