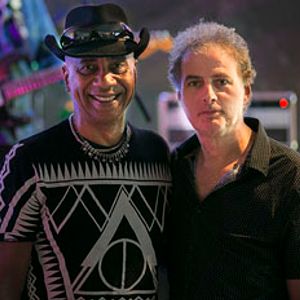 The Pete Feenstra Feature - Marcus Malone (12 July 2015)by Get Ready to ROCK! Radio

The album 'Hurricane' (2007) received glowing reviews in the European rock and blues and was followed by 'Let The Sunshine In' (2011) and 'Stand or Fall’ (2014) featuring Sean Nolan, Julian Burdock, Stuart Dixon and Bill Burke on guitars; Winston Blissett of Massive Attack on bass; Christopher Nugent on drums; Roger Cotton and Moz Gamble on keys; Will Wilde and Alan Glen on harmonica; and Chantelle Duncan-Heath, Dani Wilde and Eno Williams-Uffort on backing vocals.

The Pete Feenstra Feature is broadcast every Sunday on Get Ready to ROCK! Radio, 19:00 GMT.