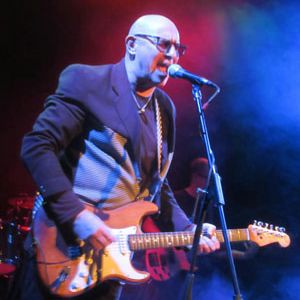 The Pete Feenstra Feature - Eddie Martin (19 January 2020)by Get Ready to ROCK! Radio

“With house-rocking slide and Buddy- Guy-like pyrotechnics ... he is among the UK’s most respected blues musicians….” The Times

The versatile harp playing/guitarist and multi instrumentalist Eddie Martin has been a prolific songwriter since the age of 16. His albums have ranged from One-Man-Band to Big Band to Power-Rock trio as he has wrung every drop of inspiration and instrumental technique out of the blues tradition and pushed it ever outwards with his own writing.

Touring 35 countries with 15 acclaimed original albums and a string of National and International Awards and Nominations (including Winner, Best Solo Artist category in 2018 European Blues Awards), Eddie has become known as “The Ambassador of British Blues.”

Pete I hade z lot of Fun listen to your Show with Eddie Martin.Thx.