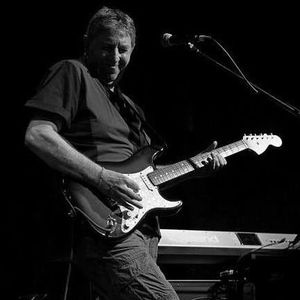 The Pete Feenstra Feature - Blacktop Deluxe (3 January 2016)by Get Ready to ROCK! Radio

Formed in March 2013, Blacktop Deluxe is a power trio fronted by singer/guitarist Keith Howe. The band's debut album 'Turn Up, Be Nice, Play Hard' was released in May 2014 to general acclaim within the blues/blues rock community.

In this hour special, Pete Feenstra chats to Keith about his music and plays some of those tracks that have influenced and inspired him over the years including CREAM, PAT TRAVERS and JOE BONAMASSA.

The Pete Feenstra Feature is broadcast on Sundays at 19:00 and explores in more depth an artist or specific album via recent interviews and back catalogue.

Fantastic feature with some great music

We Out Here Festival