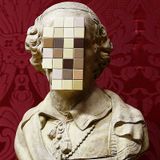 Never miss another
show from Ings

Collecting records since the early 80s and DJing since the early 90s I am quite open-minded and like many musical styles. I am strongly influenced by the legendary Beatbox in Wuppertal, Germany, where I got in touch with black music. After my first visit in 1990 I went there almost every week for many years (and became a resident DJ as well around 1993). The musical variety that was represented at this club still reflects in my sets and mixes until today which include Soul, Funk, Jazz, Drum & Bass, Jungle, Headz, Dubstep, Reggae, Rocksteady, Dub, Ragga, Dancehall, Hip Hop, House, Acid Jazz, Brazil and Latin. Simply spoken: If I like it, I will play it. On vinyl, of course.