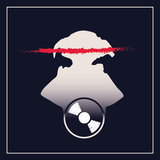 Warming Up
by Gobs de BXL

Who is "Gobs", and why are they from "de BXL"? To ask this question is to fundamentally misunderstand what Gobs, inter alia, de BXL, is. Gobs is an emotion unsaid, an idea not thought and a force of nature. It's getting up at 5 in the morning only to nap at 10. It's getting the munchies but being too lazy to get food. It's that guilty pleasure you get from writing about yourself in the third person.

Mainly though Gobs de BXL is a Drum & Bass producer from Brussels, and a sick one at that (just ask my friends).