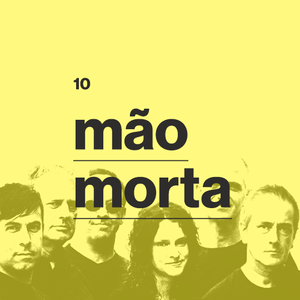 Mão Morta is a Portuguese avant-garde rock band that started its activities in 1985 in Braga. The group's name means "dead hand", based on a traditional Portuguese nursery rhyme. They are generally considered to be one of the most important bands in the Portuguese rock scene and have since reached a cult status.

01. Alice Coltrane - Journey in Satchidananda
02. The Fugs - The Garden Is Open
03. Lola Colt - Away from the Water
04. The Beatles - Within You Without You
05. Silver Apples - Fantasies
06. Alan Vega, Alex Chilton, Ben Vaughn - Too Late
07. The Black Angels - Deer-Ree-Shee
08. The Brian Jonestown Massacre - Hyperventilation
09. Moon Duo - Rolling Out
10. The Warlocks - Inside Outside