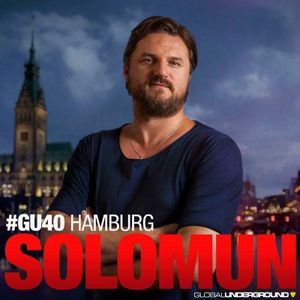 Global Underground proudly present their celebratory eighteenth year and landmark #GU40 City Series release with none other than Solomun at the helm devoting the episode to his hometown, Hamburg.

Crowned ‘DJ of the Year’ by Mixmag, and ‘Best Producer’ at the DJ Awards Ibiza in 2012, responsible for not one, but two of the largest events during the Ibiza summer season of recent years and running the seminal DIYnamic record label imprint, Solomun has become one of the most infamous DJs in the world of late.

The master at work. Love this mix.