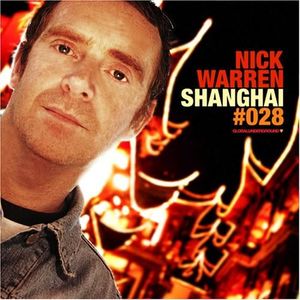 Global Underground 028: Nick Warren, Shanghai is a DJ mix album in the Global Underground series, compiled and mixed by Nick Warren. The album peaked at #14 on the Billboard Top Electronic Albums.[5] Though Warren was inspired by the Shanghai scene, the album's music came from producers of thirteen different nationalities.[6]

Warren’s 2003 Reykjavik mix was supposed to be his last for Global Underground. Disillusioned with the non-stop DJing treadmill, he had planned to settle in the studio and focus on his Way Out West production work, yet was constantly being asked when his next GU instalment would appear.

He was also frustrated by the lack of a platform for some of the unsigned music he was regularly being given by new producers from around the world, so he agreed to do “one more” GU mix, with the focus on showcasing new talent and a wider range of music than his Icelandic mix.