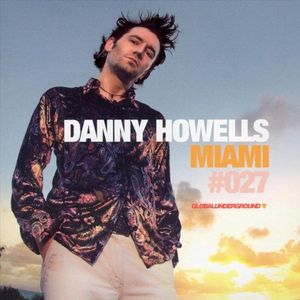 With Nu Breed and 24/7 mixes, Danny was already a key part of the GU family, but had surprisingly never released in the City series until this point. Trust Mr Howells to safely represent the party city of Miami in fine style when finally asked to do one then.

This mix demonstrates how far the grassroots sound played by Global Underground’s protégés had moved from the classic progressive era that spawned them, into a lighter but devastatingly funky take on house. Howells is the master of this, and the mix evokes one of his famous all night South Beach sessions perfectly.

FANtastic !! i feel great vibes when i hear this album. #GU027

This so cool it gives me shivers

Track at 14 minutes is so fine

Maimi ?!? LOL I live in Miami but I’ve never been there