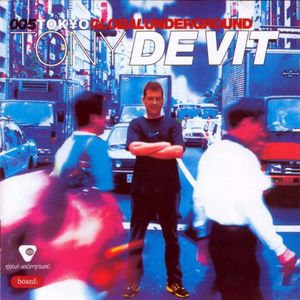 The set was taken from a gig Tony played at in Liquid Rooms, Tokyo, Japan.

At the time of its release Tony de Vit had progressed from his Sunday morning sets at Trade to a global stage. He was a resident at Cream in both Liverpool and Ibiza, had a show on London’s Kiss 100FM and a stream of distinctive tracks and remixes out.

The sound he had championed had made the leap from the underground into big Saturday night main rooms and Tony’s name on a flyer ensured a guaranteed roadblock. But pre-digital downloads, the music was still relatively unknown in Japan, so when GU rolled into town for an unsuspecting Liquid Rooms crowd in Tokyo, the reaction provided one of the most memorable of all GUs foreign adventures.