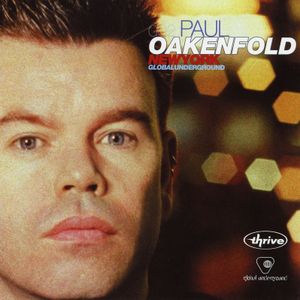 First US release of GU007. The catalogue number on the packaging and CD's was changed to "GU002" as Thrive was re-numbering the GU releases in the order in which the original import was released.

One of the best sets ever recorded

what a pleasure to listen to this album

Was this done in a studio or is it a live mix..

All Gu mixes are studio mixes apart from one.

In Boxed's UK releases, GU002 was the never released second instalment in the Global Underground series (in Thrive's US re-numbered releases, Paul Oakenfold's New York mix was released as GU002). Global Underground jumped directly from GU001: Tony De Vit - Live In Tel Aviv to GU003: Nick Warren - Prague, which resulted in a lot of controversy and rumours[citation needed] on the nature of GU002. However, GU002 does exist in form of the tape pack of Tony De Vit's Tel Aviv CD as the actual catalogue number of the release is GU002T. When Boxed started the GU series in 1996, they did not have a clear vision about the numbering scheme (later to become part of their image), which resulted in the "missing" release.

Theres no GU 02 set. It was originally a tape release of Tony's GU 01 set

Damn .. So many memories, visionary stuff back then !