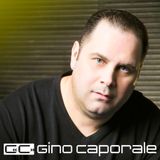 Gino Caporale has spent most of his life in headphones or behind a mixing board. He began his career at the age of 15 after stumbling upon his uncle’s turntables. Honing his skills in local nightclubs while working alongside other influential DJs, he moved on to larger and higher profile venues. As demand for his talent grew, Gino moved into radio with a nationally syndicated show on Q102 in Philadelphia, featuring his dance mixes.
In 2013, Gino launched 418 Music, an independent music label specializing in innovative house and dance music. With distribution via INgrooves, and collaborations with some of the hottest producers, remixers and artists, 418 Music is having an impact in the dance music world with four Billboard #1's, twenty top 50 charters and numerous Beatport Top 10 tracks including three #1. And Gino’s presence continues around the world, with his weekly Club 418 mix shows and now the launch on The 418 Radio Show.